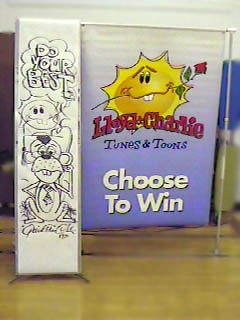 Imagine this scenario: You lost your hip in an accident as a teenager.....as an adult you notice your health is failing and you go see a doctor....he informs you that you have cancer and only have 6 months to live ......your finances are basically nonexistent and you have no medical insurance to help pay your astronomical hospital bills.....to top things off, your wife announces she wants a divorce......This could sound like an episode of a far-fetched TV program to some of us. Some might read this and say "NOBODY could live through all that and still make it in today's world, let alone still smiling!!" But the amazing thing about all this is that a man DID go through these hardships and emerged triumphantly every time. He took many productive and positive steps to overcome each of the hardships life had bestowed upon him, and most of the time it wasn't easy. He would encounter individuals who would put him down and label him unworthy. But certain things remained constant - his smile, his positive attitude, and his ability to still put others first. It is almost unbelievable to think that someone like this even exists in today's "me first" society. This story is about the man who not only proved everyone wrong, but made them laugh at the same time. He is living proof that all you need to succeed in life is respect, responsibility, and a positive attitude! His life-loving spirit is enormous, despite the difficulties he has endured. As a teenager, Charlie played football for his junior high team in Ferndale, WA. A sports-related accident resulted in a broken hip, which kept him on crutches for 3 years. Then complications arose from the injury and his hip had to be fused. This required him to be in a full body cast for 1 year leaving him totally immobile. Could you imagine being in this state as a young man who is trying to develop self-esteem and gain acceptance? It was during this lonely experience that Charlie began to realize the importance of family and friends and their unconditional love. 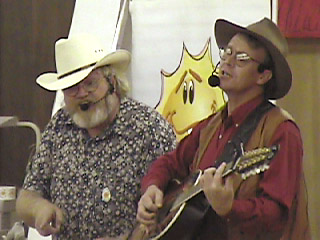 In 1980, Charlie was given the tragic news that he had cancer of the lymph nodes and would not have a long life expectancy. Most of us would react to something like this with anger, depression and fear. Instead, Charlie decided to turn it around and use his illness as a means of cheering up and teaching others. He would visit other cancer patients in the hospital and bring much-needed smiles to their faces. He would also share his talents and wisdom with sick children and make them laugh by sketching caricature cartoons for them. He left people with a powerful and important message: In all things give thanks! He felt that even with all its discomforts, his illness was a learning experience and something to be shared with others who have it so they might learn how to better deal with it themselves. Always dwelling on the positive, Charlie beat his cancer. Even though his doctors are largely responsible his remission, it was his undying faith, positive attitude, and selflessness that truly helped him overcome his disease.

Nowadays Charlie still does the same thing.....cheering up people with his cartooning skills and getting them to think positively. Only 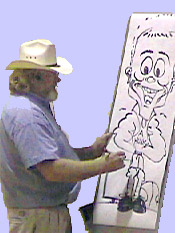 now he performs in schools instead of from his hospital bed. He has developed a powerful character value education program for children and by using his artistic ability, conveys messages of respect, responsibility, thinking positively and doing your best! He is now known as "Quick Draw Charlie" for the speed at which he can produce drawings. Motivating children to do their best through art is how Charlie is able to reach kids that others have given up on. "The number one need in education today is a healthy self-worth," stresses Charlie, who feels that once children feel valued and establish self-esteem, they will go far. "My message is we are ALL winners as long as we are willing to do our best." So Charlie took his show on the road and performed at schools and county fairs. It was then that his life would once again be altered. Charlie met Lloyd Mabrey, a singer/songwriter and storyteller. Charlie was amazed by Lloyd's talents and the two ended up talking after one of Lloyd's performances. They found that they had a lot of things in common and decided that they should form a partnership and perform together. Even though they are two very unique individuals, Lloyd and Charlie have a common bond - sharing their talents with others to convey positive messages of respect, responsibility, and doing your best!